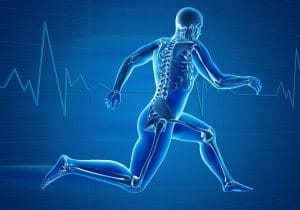 Like a lot of lifelong runners over 50, Grady Cash was so passionate about his sport that he never had much interest in lifting weights.

But that changed a few years ago after he finished last in a short-distance race and noticed the guys who beat him were built differently. They had bigger shoulders, more muscle up top, and tighter waists than the long and lean look Grady and other runners traditionally show.

“They had more power, and they could run faster,” says Grady, now 71. “Frankly, they were a different body type.”

So, Grady decided to make a change in his exercise routine. Strength training helped him to improve his times, even set some records with his relay teams, and reduce his running-related injuries.

“I think it’s essential as you get older to start hitting the gym for your health, to slow the aging process, and to help your running,” he says.

Grady’s not alone in believing so. 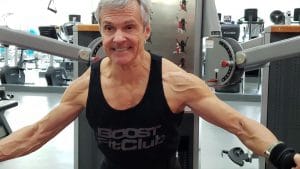 Lifting weights, or other forms of resistance training, has been gaining traction among elite runners partly because humans lose muscle mass starting in midlife.

“My runners that are around 60 might only run three to four days a week and spend the rest of their training time in the gym,” Masters running coach and former Olympian John Henwood told Outside magazine.

He also says mature runners should use cardio equipment at the gym, like elliptical machines and stair climbers.

In their late 50s, people who rely on distance running for exercise lose leg strength each year, one study found.

And a running-only focus can leave you lacking flexibility and functional diversity that will make you a better all-around athlete. That diversity also keeps you better able to handle normal daily life as you continue to mature.

“The more different things you do, the more of an athlete you inherently are,” says physical therapist and author Jay Dicharry. “So, the question here is: How can what you do complement your running? Here is why strength training helps runners: You have to be able to put out more force in a shorter amount of time to run faster. But if all you do is run, you never develop the true high-end strength and high-power demands that you need to do that.”

He Found It All True

Grady Cash learned all of that.

He used a trainer for the first couple of years and recommends it to people not familiar with strength training. (And no, you shouldn’t worry about getting too big and bulky – it’s not gonna happen.)

He works out five days a week and runs three or four days. His upper body is bigger, and he has more power and a stronger core. Grady says his metabolism and testosterone levels are better, too.

He even improved his race times, almost unheard of for runners as they get older, he said.

He’s not only competing better – he’s winning. Grady’s relay teams set three world records for their age groups last year. And he says he couldn’t have done it without hitting the weights.

Do you lift weights to improve running performance or prevent injury? If not, would you like to start?

Get on the VIP list and request a FREE consultation to see how strength training can help runners over 50!